One of the most common sights during the summer months along roadways in Nova Scotia is a plethora of flattened animals. The most visible indicators of the roadkill problem are usually medium-sized mammals, such as raccoons and porcupines, as they are often left unreported, and therefore on display for motorists. The extent of this frequently distressing phenomenon is not immediately apparent simply by what persists on the roads, however. Collisions with larger animals, such as moose and deer, which tend to cause damage to vehicles, are quickly reported and cleared away.

From a driver’s perspective, what is seen on the road is only the tip of the iceberg in terms of the true numbers of vehicle-related wildlife mortality. The reverse is paradoxically true as well, for while collision counts are available for the many large animal accidents, the smaller carcasses left for scavengers are not being systematically counted and recorded at a large scale, so the degree of the problem is still unquantifiable.

From both an aesthetic and a compassionate lens, the public does not like seeing roadkill. A 2004 guidebook dealing with strategies to reduce roadkill in Tasmania, an island state located off of the southern coast of Australia, wrote about the phenomenon as a sight which offends tourists1. Dead animals on the roads are often viewed as distasteful or disturbing, while leaving the carcasses in place compounds the issue by attracting scavengers to a food source which would not exist without human influence and in turn places them in danger of also being struck and killed.

Encounters with unexpected animals, while travelling in vehicles moving at speeds unmatched in nature, endanger human health and safety. Even if the animal is not large enough to cause major damage, smaller collisions can still lead to scrapes and dents, or have a profound psychological influence on the driver in the event of the death of the animal. Small creatures can still provoke serious accidents when a driver swerves to avoid the animal, causing the vehicle to skid or roll, in turn threatening the lives of other motorists on the road. Therefore, the presence, as well as the generation of roadkill, is often viewed by the public as a source of annoyance or a dangerous hazard. If we take a moment, though, to step back from our anthropocentric frame of reference, it should become clear that roads are also an inconvenience for wildlife.

The effects of roadways extend beyond the immediate risks of wildlife-vehicle collisions. For a conservation planner, roadkill is not just a nuisance, an eyesore or a potential speed bump. For someone who is actively engaged in thinking about how wildlife interact with the available habitat in an increasingly fragmented landscape, roadkill is a sign of a loss of connectivity. The major challenge for conservation planning in transportation corridors is that conserving the land surrounding the roads is often not enough. A common misconception is that any undeveloped land must be prime habitat for wildlife, no matter the size or proximity to human infrastructure. But in reality, roads have an enormous impact on the ability of animals to use the remaining natural areas effectively as habitat.

A 2005 paper by Jaeger et al.2 outlined the main ways in which roads are likely to produce negative effects on wildlife, namely by producing small patches of habitat with larger edge to interior ratios, by causing roadkill when animals try to cross, by providing a barrier to important resources when an animal avoids crossing, and by splitting up populations which in turn promotes inbreeding. For many species, road effects may be sufficiently serious as to cause population declines or even extirpation, leading to significant biodiversity loss. Therefore, what needs to be conserved, in addition to total land area, is continuity between the disconnected patches of habitat. Conservation planning with connectivity as the goal will produce benefits for both animals which avoid roads and for those which attempt to cross. Safe road crossings mean that wildlife can reach food and water, achieve isolation from predators, find mates, or migrate seasonally. If necessary, wildlife will even be able to shift their home ranges in response to a changing climate, and the increased pressures on locating resources brought about by warming and more frequent and extreme weather events.

The logical next questions then, are:

What does connectivity planning in a transportation corridor look like?, and;

How can the goals of safer road crossings be reached?

Most people are familiar with the diamond-shaped deer crossing signs that warn of the possibility of encountering wildlife on the roads. Often, though, many drivers do not significantly reduce their speed and increase their vigilance, as the immediate possibility of actually encountering deer seems low. Research has shown that seasonal signs, targeted to a specific species and providing information on the times of day when drivers should be most careful are more effective than those that are present year-round1,3. Specificity of signs and variation in periods of display help to reduce the desensitization that drivers experience from seeing constant signage without much other evidence of wildlife (until it is too late). Other low-cost measures for preventing roadkill, unsupported by research, that include strategies such as wildlife reflectors or deer whistles attached to cars, may even present a long-term risk to wildlife populations when low cost is prioritized over effectiveness in roadkill mitigation decision-making3,4.

If the goal for mitigation is merely to stop animals from being killed on roads, then fencing is a potential solution, and one which is popular with a public concerned by the toll that wildlife-vehicle collisions are taking on motorists. A 2016 study by Rytwinski et al.4 on the effectiveness of road mitigation at reducing roadkill produced a meta-analysis of 50 studies that evaluated different types of mitigation measures. Findings indicated that fences, either implemented alone or as buffers around wildlife crossing structures such as overpasses, reduce roadkill by 54%, compared to unmitigated control areas. Fences are not an ideal solution, however, for many reasons. Fences are expensive to install and maintain, and people are sometimes opposed to fences for the aesthetic reasons of wanting their scenic drives to appear wilder3. If they are to be implemented correctly, planners have to consider length, height, mesh size, whether an animal can dig under the fence, how to deal with the inevitable fence-end issues, and what level of yearly maintenance is needed to reduce replacement costs4,5. Short fences less than 5 km in length are less effective at reducing collisions than long fences6, resulting in higher incidences of roadkill at fence ends which wildlife are more likely to find and use over shorter distances than over longer distances4.

If the goal for mitigation is to stop animals from being killed on roads and to allow wildlife to move freely, then fencing on its own is not enough.

Conservation and transportation planners need to work collectively to ensure roads are not an impervious barrier to wildlife and to seek better solutions for safe crossings7. Although wildlife crossing structures are an important feature of conservation planning to restore connectivity to populations and ecological processes fragmented by roads, crossing structures alone do not significantly reduce roadkill. According to the Rytwinski et al.4 study, the best solution that addresses both mortality potential and habitat connectivity is the combination of fencing as a protective buffer with a dedicated wildlife crossing structure. Crossing structures vary in size, from small drainage culverts used by amphibians and fish, to large underpasses designed for migrating ungulates. A wide range of designs also exists; besides allowing for wildlife traffic underneath roads, some structures may take the form of overpasses, with the most effective ones covered in natural vegetation, or even suspended rope bridges for the passage of arboreal mammals such as squirrels1. 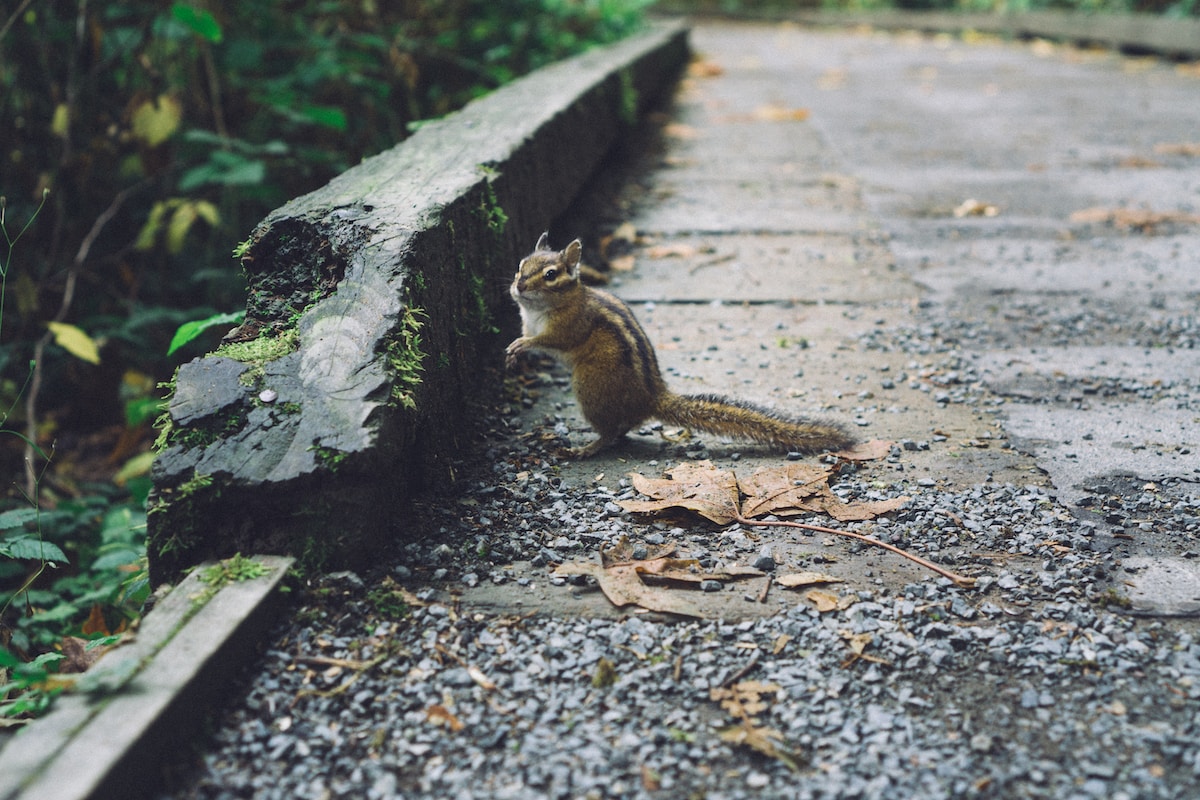 The first step in deciding which type of structure is appropriate is to understand where animals are most likely to encounter roads throughout their daily activities. Spending money on wildlife crossing structures without solid data on wildlife movement patterns and occurrence on the roads may be money wasted8. Once field data, such as roadkill carcass counts, have identified a stretch of road that would benefit from the implementation of mitigation measures, or models have shown where potential wildlife movement corridors intersect roads, then the next step is to choose the best type of wildlife crossing structure to be combined with the most appropriate fencing for the species in question. For instance, if the road bisects a wetland, then low, impermeable fences along the road, combined with culverts that permit water flow for the passage of amphibians, with a shelf above the water for small mammals to walk a dry path could be effective. If the road cuts through a forested region with populations of large-bodied, wide-ranging mammals, then long stretches of wire fencing that funnel animals to an accessible overpass with plant growth that mimics the surrounding habitat could be a more appropriate mitigation measure. A study by Simpson et al. in 20169 on the effectiveness of crossing structures for migrating ungulates found that while both large underpasses and vegetated overpasses enhanced connectivity for the process of migration, the open overpass was used more frequently, and the animals that entered the underpass would often turn back.

Regardless of what is chosen as a mitigation measure for a roadkill hotspot or connectivity pinch-point, it is imperative that effectiveness not be compromised for cost, and that the objective of facilitating animal movement does not take the backseat to the common perception that the roadkill dilemma is solved by simply keeping animals off of the roads. While roadkill is a highly visible impact of the road-effect on wildlife, what the public does not see in terms of the reduction in habitat connectivity is an equally important driver for the development of mitigation strategies in Nova Scotia and throughout the world. In Nova Scotia, there are scattered stretches of highway fencing and two dedicated wildlife underpasses on Highway 104, near Antigonish and Oxford10.

This is a good start, and with more research, we will hopefully see greater investment in dedicated wildlife crossings in the near future. With the increased development of more, larger, and faster roadways in the previous century and onwards, humans have gained unprecedented access to the landscape. We have given ourselves the freedom to move, but in that freedom, we have taken away that right from many other species. Conservation planning encompasses numerous aspects that must be considered as integral pieces in the protection of biodiversity and ecological processes. As we seek to delineate areas for preservation and to design contingency plans for sea level rise, the impact of transportation infrastructure cannot be underemphasized. If road fragmentation is not seen as an important issue impacting how animals interact with the landscape, then the conservation of natural areas will be lacking an essential component of connectivity that cannot be replicated through parcelling protected habitat off into smaller and smaller patches.

Amelia Barnes is a Masters of Environmental Studies candidate at Dalhousie University with research interests in road ecology, landscape connectivity and biodiversity conservation. She can be reached at Amelia.Barnes@dal.ca

Subscribe
Previous
Why and where are these collisions happening? Spike in...
Next
Partner Profile: Adopt a Highway Nova Scotia
Return to site

Powered by Strikingly
Create a site with

This website is built with Strikingly.
Create yours today!

We just sent you an email. Please click the link in the email to confirm your subscription!